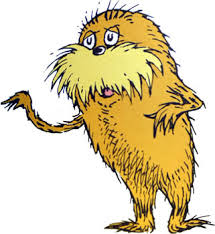 Rodents despise animal experimenters and would welcome targeted property destruction aimed at securing their own freedom; a significant number would purportedly even support physical violence directed at experimenters.  Rats lean toward escalating tactics while mice are generally more concerned that such actions may provide a pretext for increased government repression.

Giraffes condemn violence in all its forms and prefer we aim to raise awareness and gradually shift paradigms.  Elephants have yet to formulate a clear opinion regarding attacks on zoo trainers and circus ringmasters; they consistently (some may say tactfully) avoid the issue but are strongly suspected to tacitly support aggressive actions such the recent trampling to death of a hunter in Zimbabwe.

Cows are evenly divided on the question of welfare campaigns versus Francione-style abolitionist campaigns.  Chickens are overwhelmingly abolitionists and loathe single-issue campaigns. Turkeys are woefully pessimistic about the prospects for change and offer no suggestions on a realistic path forward for themselves or other animals.

The Lorax famosly “speaks for the trees” but he is also “in charge of the Brown Bar-ba-loots who played in the shade in their Bar-ba loot suits” not to mention the Swomee Swans and the Humming-fish.  The Lorax speaks for the trees “for the trees have no tongues” and while Brown Bar-ba-loots, Swomee Swans, and Humming-fish presumably do have tongues, they seemingly have no voice and are reliant on the “shortish”, “oldish”, “brownish”, and “mossy” figure of the Lorax to speak for them.

The less whimsical animals outside the confines of Dr. Seuss’ books also lack a voice (at least a readily understandable human voice) and are consequently in the unfortunate position of relying on others to speak for them. It should be remembered that the Lorax wasn’t all that successful in defending those in his charge—even the Truffula trees were all chopped down!

So often positioning ourselves as the “voice of the voiceless”, animal rights activists regularly plead that we must put our internal squabbles and ideological differences aside and simply do what “the animals” would want.  Campaigns and tactics may be justified by suggesting that they are what animals would want.

But to assume that one has special access to the minds of animals and knows with a great level of detail and certainty what they would want is—to put it mildly—a morally precarious position. It is akin to assuming the role of a (plastic) shaman purporting to occupy the space and serving as an intermediary between animals and human beings.  Of course, it is a charade.

Just as clergy may purport to have special access to the mind of God so as to elevate their status and secure their own power, there are those in the animal rights movement who (perhaps not explicitly) purport to have special access to the minds of animals thereby gaining unquestioning support.  It is often unclear as to whether those who claim to know the desires of animals are simply deceiving others or if they are deceiving themselves as well…but very little hinges on that particular detail.

And yet, an animal liberation movement that is not “for animals” is absurd on its face. Consequently, there is no alternative but to attempt to discern the preferences of animals and to act accordingly; to put the interests of animals at the forefront (keeping in mind that “interests” and “preferences” are not interchangeable). But it’s important to recognize that no one has special access and that pleas of “for the animals” and “what the animals would want” are insufficient.

We can, of course, be reasonably certain that social animals won’t fare well in isolation and that no one cares to have their throat cut.  We know that animals have certain basic biological needs and that denying them represents a harm.  We know that cigarettes are dangerous and consequently forcing monkeys to smoke is wrong; forcibly addicting animals to dangerous drugs is wrong.

We don’t know if dolphins would have us circulate online petitions or if zebras would cringe at any of PETA’s billboards.

We can spend time with particular animals and learn about their preferences as individuals but even this clearly has its limits; your dog cannot stand in for all canines.  We can look to the scientific work done by individuals such as Marc Bekoff, Sylvia Earle, Jane Goodall and others.  These things can inform our decisions about how to work on behalf of animals but no matter what, we cannot legitimately shift the responsibility for our decisions onto the backs of animals.