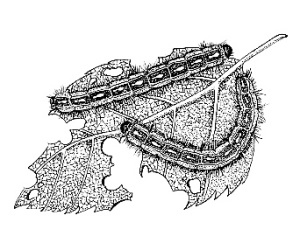 Perhaps it’s my age, a few years shy of forty, or perhaps it’s something else of which I’m unaware but I have been reflecting on my childhood and piecing together memories; attempting to discern the active ingredients from the sum total of those days—to single out those experiences which still resonate, ripple, and influence my adult life.

The first place that I can remember living was William Street in western New York. I can still remember the full address and phone number. I had to learn those things in kindergarten along with how to tie my shoes. The house was pale green when my family moved in and we would later paint it a burnt red color; I was allowed to climb a ladder to apply some paint. Climbing the ladder while holding the paintbrush proved slightly challenging as I inadvertently painted the lenses of my glasses before reaching the upper rungs. There was a well behind the house that probably didn’t work given that I can’t remember ever seeing an adult make use of it—it was only kids who ever pumped the handle or poured water down the spout.

But my memories of William Street are not really of the house. With some effort, I can dredge up some mundane details of the interior of the house. But it takes no effort at all to remember the backyard and behind that the woods. It proved to be the landscape of my childhood.

I remember the morning when me, my younger brother, and the kids who lived next door discovered that tent caterpillars had suddenly invaded the apple tree in our yard. The apple tree was a critical landmark and reference point for us. The apple tree effectively marked the start of the transition from backyard to woods. It was a meet up spot and was perfectly shaped for a child to climb. I spent time reclining in the upper branches. It was one of several fruit trees but it was the one everyone had the most affection for—regardless of the fact that the apples weren’t really edible. The invasion of the tent caterpillars had to be resisted. All other thoughts and plans vanished; the day was dedicated to tearing through their silky sticky tents, evicting and eviscerating the trespassers.

I remember the board that laid in the tall grass of the neighbor’s yard. We would sometimes lift the board to check for snakes. If a snake was seen, whoever had lifted the board would immediately drop it and we would all run for our lives before stopping to compare notes about what, if anything, we had just witnessed.

I remember the bridge that crossed the creek. Two utility poles spanned the gap; boards had been nailed between the poles to form a bridge. For all we knew, the bridge had always been there; it was almost a feature of the landscape. Our childhood minds could have more easily imagined a time when the bridge was first discovered rather than imagining it ever having been built. The bridge was aged and in a state of disrepair that made it fascinating and perhaps even slightly dangerous. The boards were not very secure, some merely setting in place with nails that had long since worn loose. Stepping to the edge of the boards rather than walking down the center could—and did—result in a fall into the creek. The board you fell off of might then fall on you but fortunately the water was never very deep.

We established landmarks and named unique spaces as we saw fit and there was no known edge to the terrain we wandered. There were presumably property lines but we were oblivious to them; we cut through neighbor’s yards with a presumed right of way. We could—and often did—spontaneously decide to go somewhere we hadn’t been before. And it would probably be a place our parents had never been before either. Off the map!

I remember we decided to follow the creek to parts unknown wherever it might lead. We set out with a sense of purpose taking long strides through familiar scenery and eyeing the horizon for something new. We got to the bridge and jumped off. At one point the mud got so thick it was pulling our boots off and sock feet were landing in mud. If it were a movie, it would be at this point that someone would plead “go on without me!”

The landscape and one’s sense of the world can potentially expand with adulthood but often it doesn’t. Adults tend to have longer, stronger legs able to span greater distances and the ability to pull their boots free from the mud. But for many, it seems, the world contracts, getting smaller and less interesting. The multitude of landmarks and reference points discovered in childhood all get reduced to “the backyard”. Adults never spent time in the upper branches of the apple tree and they were totally unaware of the tent caterpillars; adults didn’t discover what we called Vine Village where vines were as big around as our arms and could support our weight; adults never fell off the bridge or gathered up their courage to look under the snake board. Adults generally have their decisions made for them by other adults and their days are scheduled well in advance.

If my parents had been asked where my brother and I were during the day they could only have said “in the backyard” or perhaps “in the woods”. They didn’t know what direction we set out in and couldn’t easily find us. The only expectation was that we return home by dinner time or at least by dark. We never left word where we were going because we never really knew. Plans were apt to change and discoveries couldn’t be predicted.

It has been over a quarter of a century since those halcyon days and I am now relying wholly on my memory to reconstruct the past. If I returned to that same expanse today, it’s unclear how or if my memory would align with the facts on the ground. Perhaps the backyard wouldn’t seem quite so vast and maybe the woods wouldn’t feel as though they were a yet-to-be discovered continent. My horizons have expanded with time, experience, and travel but I have also succumbed to many of the trappings of adulthood. I would be hard pressed to say which is greater: that which I have learned or that which I have forgotten since wandering those woods. I am working on remembering.