Date submitted: 22 November 2017
News outlet: Eugene Weekly
In a society characterized by elaborate power structures and widespread alienation it should come as no surprise that abuse and harassment are rampant. Proposed solutions such as more frequent workplace training, tougher laws, and more aggressive criminal investigations aim only to further regulate personal behavior and more precisely delineate how one must act in any given situation. The implicit assumption is that only strict instruction, codified behavior, and the threat of swift punishment can prevent abusive relations; as if, the degree to which we are free is the degree to which we harm others. It is a lie at the heart of mass society.
No matter the problem, mass society’s solution is always greater control; the utopian vision being pursued requires robot-like behavior governed by finely-tuned algorithms that deny our autonomy. It is a vision that is hostile to human well-being. It is a breeding ground for abuse and harassment.
Date submitted: February 7, 2017
News outlet: Register-Guard 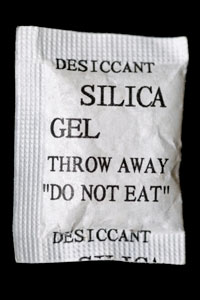 John Zerzan’s recent letter [“Peaceful protest changes nothing,” Feb. 6] had the feel of an obligatory public service announcement or perhaps one of those overly cautious product warning labels. Like those quirky product warnings it compels one to think about the terribly, difficult life of those who genuinely require such elementary advice: the person who hadn’t realize he shouldn’t use his electric iron while under water, eat the silica packet that comes in a pair of new shoes, or place a baby into a washing machine. The warnings strike most of as silly and perhaps even insulting but for a small part of the population those warnings are presumably quite important.

Zerzan’s warning is addressed to those confused folks who are under the delusion that by simply marching a sufficient distance or as part of a big group they will thereby magically bend the moral arc of the universe toward justice and throw off the yoke of oppression. While the number of people attempting to use their toaster as a flotation device is probably fairly small, those who mistake good manners, well-planned marches, luncheons with cops, and letters to politicians for real resistance is embarrassingly large. It’s pathetic that we even need the reminder that Zerzan offers us: peaceful protest changes nothing. 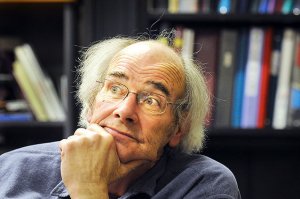 When Montana State paleontologist Jack Horner recently spoke at the University of Oregon it was as though Dr. Frankenstein himself had arrived on campus.

Horner spoke of his efforts to “reverse engineer” a dinosaur. That is, to genetically manipulate a chicken—an evolutionary descendant of dinosaurs—so that the resulting animal will, in some way, physically resemble a dinosaur. This may involve attempting to add a long tail, altering the shape of the skull, changing the skeletal structure of the limbs, and on and on. The guiding idea is that if evolution could trace a path from velociraptor to modern chicken then humanity should be able chart a course in the reverse direction from chicken back to raptor.

Of course, the great sin of Dr. Frankenstein was hubris and an unexamined assumption that for him nothing is off limits or could ever be prohibited. But Horner’s macabre endeavors transgress on the sacred; they are an insult to the living world. If nothing else, respect for animals must bar treating them as a mere assemblage of component parts and desirable features to be rearranged and manipulated for one’s amusement or curiosity.

Leo Harris Parkway divides Autzen Stadium from Alton Baker Park and so divides Oregon Ducks from mallard ducks. But even when it’s not game day, the sound volume from Autzen respects no boundary and invades Alton Baker, often drowning out the birdsong, riversong and windsong that people rightly expect to hear in the park. Long practice sessions at the stadium are generally accompanied by a soundtrack as booming as one might expect for a violent sport that lends itself to war metaphors.

As a volunteer nature guide, I am often in the park with elementary school children and I consistently encourage them to respect the plants and animals that live in Alton Baker. I encourage them to use all their senses to fully experience the park and the more-than-human world. The exercise can be a challenge for young people raised in a myopic, digital culture which is often hostile to animals and non-commercial spaces; it is made more difficult, sometimes impossible, when the relentless noise of that culture is pouring out of Autzen Stadium. 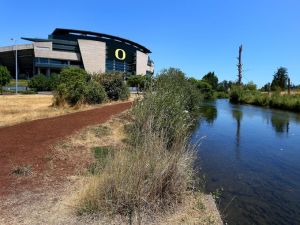 The view of Autzen Stadium from Alton Baker Park.

Based on the fact that we spend a lot of money on dog toys and a lot of time on cat memes, America tends to think of itself as a nation of animal lovers. And yet, there is a demonstrable hatred toward animals that cannot credibly be denied. It’s not necessarily a hot searing hatred but rather a cold, callous hatred; a hatred that manifests less often in acts of rage and more often in passively accepting the suffering and making light of the killing of other animals.

For example, in response to a reader’s question about the legal requirements that fall upon a driver who has struck and killed an animal, Oregonian columnist Joseph Rose singled out opossums and rats as particularly unworthy of our concern should they be killed and he concludes his brief reply by quoting a trite bumper sticker that read “Cats: The other white meat”.

The number of animals killed on American roadways is staggering.  Light-hearted jokes about this fact send a message to others that these deaths are unimportant and not worth caring about or addressing. Such jokes help enforce a norm that says concern for animals is inappropriate and that their suffering can be laughed at. In such an atmosphere even those who do empathize are apt to remain silent.

Bodies on roadways and the jokes they illicit confirm that we are not really the nation of animal lovers that we pretend to be.

The Oregon Zoo recently announced that 15 year old tiger Nicole has died.  According to the Zoo’s announcement, Nicole was born at the John Ball Zoological Garden in Michigan in 1998 and was transferred to the Oregon Zoo in 2000 where she remained until her death.  Her brother Mikhail remains on exhibit at the Zoo.

Nicole was thus a captive her entire life and never knew that being a tiger does not necessarily mean existing merely to amuse and be gawked at by humans or that tiger habitat generally does not include coffee stands and gift shops.  She likely did not know that her experience as a tiger was incredibly unique even if she knew all too well that it was painfully, perhaps mind-numbingly, shallow.

In the death announcement Oregon Zoo officials praised her for her docile nature as she was reportedly quite compliant for procedures such as blood draws and dental work.  By a captor’s logic, docility is the highest of virtues and yet there was no possibility of her ever being released for “good behavior”.  Her zoo experience rendered her dysfunctional and dependent, unable to live a normal tiger life in the wild, unable to live free of those who confined her.

She was born into captivity and she died in captivity.  It is the least glamorous and most depressing of tragedies.

“It’s our livelihood. They’re trying to put us out of business,” was the defense offered by mink farmer Virginia Bonlander whose business was targeted in the recent surge of raids that have been carried out by animal rights activists [“Raids to Free Minks Ups Ante on Animal Rights,” Oct. 16].

Bonlander’s defense of killing animals is both curious and commonplace.

That something “is one’s livelihood”—that one financially profits from engaging in a particular activity—cannot be allowed exempt that activity from moral scrutiny.  If anything, being paid to harm others may exacerbate, rather than mitigate, the offense.   That one has built their life around harming others and does so as a means to support themselves is reprehensible in a way that is quite different from someone who may harm others in a less calculated manner.

Yet this defense is commonly advanced by people in industries where the raw material is living, breathing animals who are then violently transformed into consumer products.  The assumption that profit is a legitimate defense must be challenged. 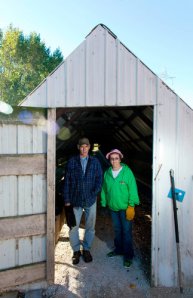 Uncivilized Animals
Create a free website or blog at WordPress.com.