“The final dream of civilization is that everything will be controlled, organized, categorized; all wildness and spontaneity will be eradicated.”
-Miles Olson, Unlearn, Rewild

“Why confine the civilising process to a single ethnic group or species?”
-David Pearce

A recent interview with vegan and transhumanist David Pearce serves to illustrate the difficulty posed by predation for vegans and/or anyone concerned about the well-being of nonhuman animals. Predation is a Rorschach test and how one responds to it can inform their whole outlook on wild nature. Does predation mean that nature is necessarily and overwhelmingly a place of suffering and death (”red in tooth and claw”)? Alternatively, might the suffering associated with predation be offset by nature’s virtues?

“I tentatively predict that the world’s last unpleasant experience in our forward light-cone will be a precisely datable event — perhaps some micro-pain in an obscure marine invertebrate a few centuries hence.”

To realize this goal, Pearce is open to both phased extinctions and genetic reprogramming of carnivores. In the interview he says:

“I’m not personally convinced that we need such predatory species to survive.”

It is important to pause here. Pearce is saying that there may be no reason to be troubled by species extinction and that, in some cases at least, extinction might be a worthwhile goal to pursue. We don’t need lions or tigers and if they are only going to hurt other animals then they might as well disappear. Note that while such a view may seem strange, it is not necessarily inconsistent with Pearce’s veganism; Pearce would presumably view it as the logical extension of his veganism.

If predators are to be kept around:

“the carnivorous members of tomorrow’s wildlife parks will need to be genetically and behaviourally tweaked — with neurochips, GPS tracking and abundance of other high-tech safeguards to prevent accidents.”

He speaks of “wildlife parks” because at this point there will seemingly be no wilderness and consequently no free-living animals. Domestication will have reached its zenith. Animals that remain will effectively be zoo exhibits; they will exist at the discretion of human beings and in a form determined by human beings. He explains that:

“Within the next few decades, every cubic metre of the planet will be computationally accessible to surveillance, micro-management and control.” 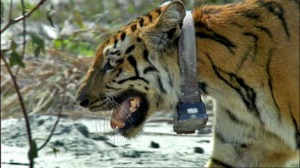 6 thoughts on “Pearce and Predation: The Intersection of Veganism and Transhumanism”