The video below was my contribution to the 2nd Annual Engaging with Eco-Ability Conference that recently took place on July 26, 2014. The abstract for the presentation appears below the video (which will be properly oriented when playing).

ABSTRACT: Anarcho-primitivism is frequently described by its critics as being incapable of providing sufficient accommodation for people with disabilities; it purportedly “requires a non-disabled body for its ideal society” and is thus viewed as an inherently ableist position. I will argue, on the contrary, that anarcho-primitivism advocates a society that would provide the fullest flourishing for people with a diverse range of abilities and that civilization itself is a disablizing force. It is civilization that effectively stunts our growth and renders many of us disabled; it is civilization that narrows the range of our senses, shrinks our world and our horizons, and denies us the opportunity to experience the full use of our bodies. The standardization of mass society necessarily defines an increasing number of people as “disabled” if they do not fit a narrowly prescribed form. The “normal range” of human variation is being shrunk and those outside of this range are stigmatized, pathologized, medicated, and manipulated. The civilized solution to living with people of different abilities is to treat large segments of people like broken clocks in need of new parts or regular servicing. This approach is in accordance with the standard operating procedure of civilization to understand every human problem as a technical problem; it allows us to discharge our responsibility to care for those around us by developing new products, offering new services, and building new infrastructure. The need for relationship is erased. In this way, civilization allows us not to care for others who may need assistance, which is to say, it allows others not to care for us when we need assistance. The civilized solution to accommodating people with a diverse range of abilities is worse than the perceived problem. The solution is runaway technological escalation and all of the consequences that come with that.

Videos of the other presentations from the conference can be found here at the website for the Institute for Critical Animal Studies. 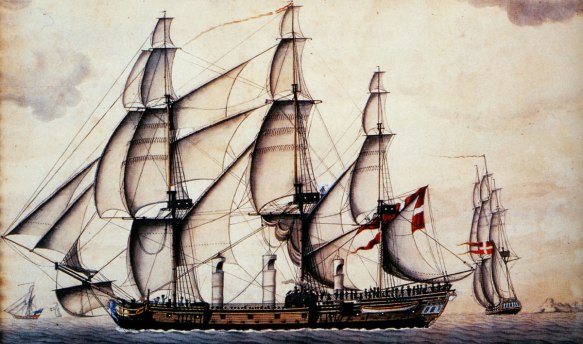 Billions will die. This is possibly the most quickly voiced objection to anarcho-primitivism: if implemented billions will die. Only civilzation can support a human population of 7 billion (and growing).  There cannot be 7 billion hunter-gatherers. A population of 7 billion needs to be packed into dense cities like slaves into wooden ships. The density alone means that there will be a significant attrition rate but anti-primitivist critics are seemingly just trying to ignore the fact that the ship is already sinking. Yet it’s difficult to celebrate the sea-worthiness of a slave ship. Anarcho-primitivists are suggesting a mutiny and possibly a turning back but are consequently blamed for putting the whole vessel at risk and besides, it is said that we’ve already gone too far. How will we make it to land without the captain?

Even those who are seemingly receptive to the critique of civilization such as Ronald Wright, author of A Short History of Progress, counsel against rocking the boat too hard. Wright counsels:

“Those who don’t like civilization, and can’t wait for it to fall on its arrogant face, should keep in mind that there is no other way to support humanity in anything like our present numbers or estate.”

Wright follows this point with a footnote that says; “Put bluntly, billions would die.”

Those who are less receptive to the critique of civilization than Wright will regularly use the word “genocidal” to describe the anarcho-primitivist ideal. Anarcho-statist Noam Chomsky has said that primitivists are “calling for the worst mass genocide in human history”. Resistance is both crazy and dangerous; better to bide one’s time in the belly of the ship, strive to adapt to one’s new conditions.

In reality, anarcho-primitivists are sounding the alarm: things do not get better when the slave ship arrives in the so-called “New World”. Waiting to act allows the stakes to get higher and puts even greater numbers in jeopardy.

Civilization currently has about 7 billion hostages. Anyone who seeks to disrupt civilization’s machinations is accused of putting those hostages at risk. But civilization is a fanatic who is not looking to make a deal. The hostages will never be released; as it stands, many of them already show symptoms of aligning with their captor. Indeed, as the human population grows, civilization claims even greater numbers. Soon anarcho-primitivists will likely be accused of putting 8 or 9 billion people in jeopardy. “Billions will die” the critics will warn. Ronald Wright explained that as civilization advanced, it “kicked out the rungs below” and so it will inevitalby be a terrifying and painful jump (or perhaps fall) back to sane way of life.

Nonetheless, mutiny remains the best course of action even knowing full well that not everyone will survive; we do not want to go where this ship is heading.

“I feel that the technology problem is the source of Animal and Earth degradation. If there was no industry and computer tech, even if everyone hunted and ate Animals, 99% of the Animal abuse and murder that exists today would be gone!”
-ALF prisoner Walter Bond, May 2014*

What if the very infrastructure necessary for widespread veganism is itself a threat to the well-being of nonhuman animals? Might the best of all possible worlds be a less-than-vegan world?

Industrial infrastructure may make veganism possible for a wider range of people than it would otherwise be and yet it almost necessarily will claim the lives of a great number animals. The factories producing tofurky jerky and soy ice cream will be located on land that was once habitat; parking lots will replace forests. Refrigerated trucks transporting fresh produce will require a massive interstate system and will foul the air that all life—human and nonhuman—depends on.

If we think of veganism as more than a diet—as many will quite fairly insist upon—the problem grows more severe. Synthetic materials for vegan clothing often rely on fossil fuels and we thus have a need for drilling, refinement, global shipping, and the whole climate changing operation that we currently live (and die) with.  Every step of the way is going to degrade and cut short the lives of animals.

Many, including Peter Singer and PETA, have put their hopes of widespread veganism in the prospect of in vitro meat and yet to accept this is to accept vivisection. There are also hopes for lab grown leather and lab grown cow’s milk which on the surface eliminate animal suffering but are deeply intertwined with the industrial system that is antithetical to animal flourishing.

The mainstream animal rights movement—like mainstream society generally—anticipates technology solving the problems that concern them rather than amplifying problems. This expectation is an article of faith and therefore unthreatened by existing evidence. A much younger Wayne Pacelle is quoted in Ted Kerasote’s book Bloodties as saying:

“I…believe in interstate transfer of food items. I believe in providing that food to people in other regions where it cannot be locally produced. My ethic is not a local food production ethic. It’s an interlocal, interstate, and perhaps an international system of food distribution to allow people to tread lightly on the planet, and it should be a food production system that is as energy efficient as possible, and hopefully one day it will be an energy-based system that’s not based on fossil fuels.” (255)

Pacelle is endorsing a global food system and with it mass society; he can only hope that “one day” the problems associated with such a system will be overcome in some currently inconceivable way. Transitioning from fossil fuels, to say wind or solar, is still going require intense environmental degradation including the mining of rare earth metals.

Closer to the present, vegan author James McWilliams has written and article titled “The Future is in Plastics, Son: Technology and Veganism” in which he argues:

“should vegans want a future in which the world’s population has a steady access to wide diversity of plant-based foods, it will require…an expansion of food miles and advanced plant biotechnology”

I would agree with this point but where I see domestication and industrialization as the most basic threats to animals, McWilliams evidently sees them as exciting paths forward.

Does this mean the veganism is a mistake?

My belief is that for myself, and people who are similarly situated, veganism remains morally obligatory. I feel it is the most defensible option in my particular time and place. The mistake would be extrapolating from one’s own particular time and place to the universal claim that veganism is obligatory to all people and at all times. Ethical vegans, that is vegans motivated by concern for animals as opposed to simply health concerns or celebrity endorsements, tend to extrapolate in this fashion—possibly making exceptions for those notorious desert-island castaways that are so frequently posited in discussions of veganism.

Exceptions are also sometimes made for indigenous communities with food cultures that are not vegan but this is less often a principled exception than it is a strategic, face-saving concession granted for the purpose of avoiding an even more difficult conversation.

But in any case, it does not seem that veganism will be possible for all people in all bioregions given a minimally disruptive level of technological development. To push for greater levels of development may be to spread veganism but simultaneously harm animals.

To safeguard animals from the systematic aggression and encroachment of humanity we need to dismantle existing industrial infrastructure, sabotage ongoing projects, and prevent future development.  Paradoxically, these vitally important actions may make veganism less feasible than it currently is for many people. But veganism is a means to an end; the end is animal liberation. As is so often the case, the means sometimes get confused for the end.  The means may vary even while the goal remains unchanged.

Veganism is potentially appealing because it is an intellectually easy answer; it forgoes nuance in favor of clearly defined lines. Clearly defined lines are helpful especially when nuance is apt to generate confusion or mask self-interest but occasionally those lines need to be reassessed. Veganism is not always possible, not always necessary, and never sufficient.

*Private communication via email. May 13, 2014. Shared with permission.